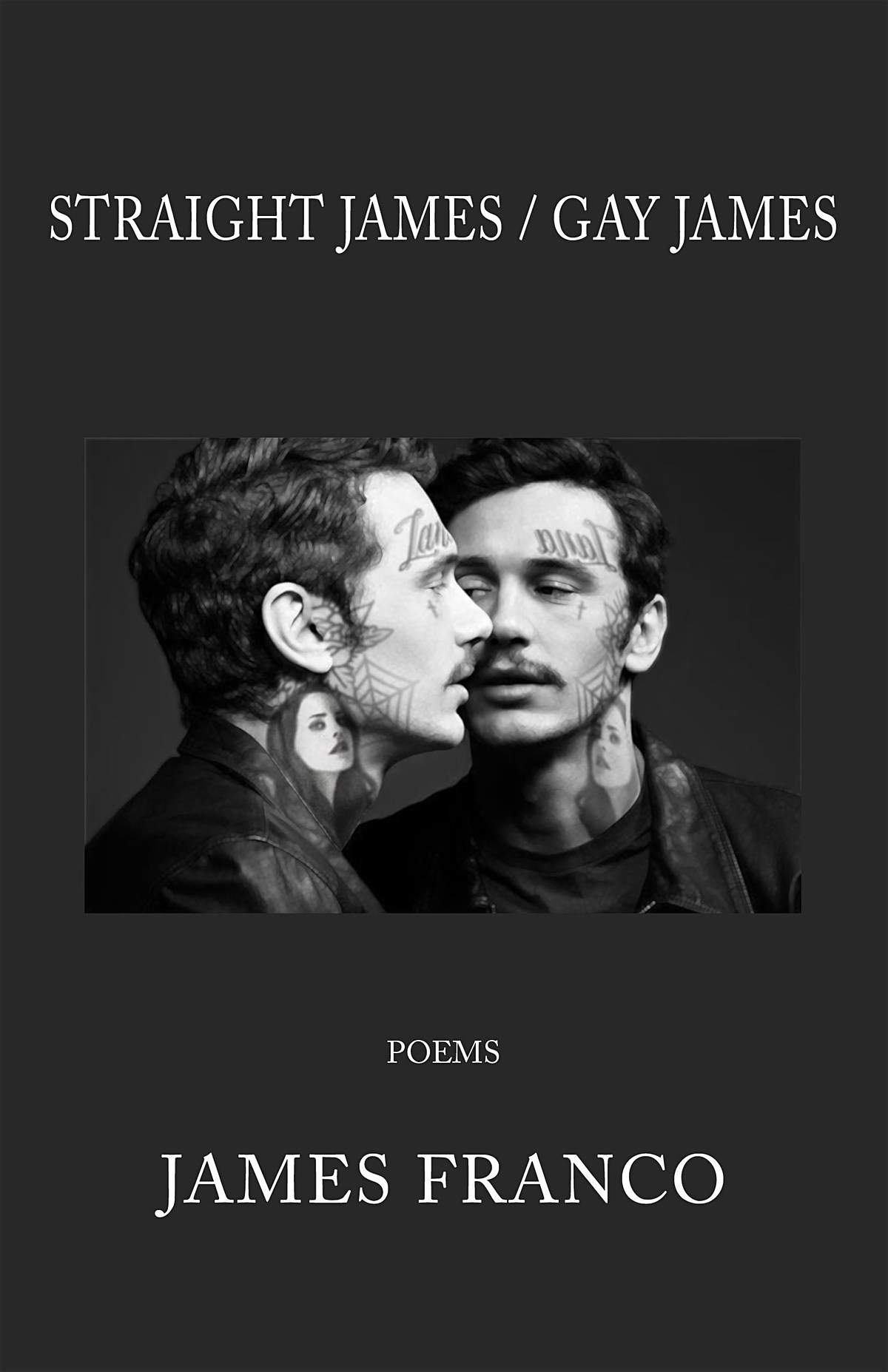 “James Franco writes about life as an actor, sexuality, questions of identity, gender, family, Gucci, Lana Del Rey, James Dean, and Hollywood. His poetic style varies from the imagistic to the prosaic. The chapbook also contains an interview of ‘Gay James’ conducted by ‘Straight James.’ Yes, Straight James asks the question: Let’s get substantial: are you gay or what?”
It was revealed this year that James Franco is currently working on porn drama film King Cobra– which will be based on the murder of Cobra Videos filmmaker Bryan Kocis in 2007.
Kocis, the owner of porn company Cobra Video which boasted Corrigan on its roster, was stabbed to death by two escorts at his Pennsylvania home in January 2007.
The murder was notoriously violent, with Kocis stabbed 28 times, before his throat was cut, and his house set on fire to destroy evidence of the crime.
Lockhart testified for the prosecution at trial of killers Harlow Cuadra and Joseph Kerekes, explaining disputes within the industry over the use of the ‘Brent Corrigan’ stage name.
Franco also spoke of the ex-gay activist he portrays in the film ‘Michael’, saying those behind the film tried not to “vilify” him.
The film ‘I am Michael’ portrayed the life of Michael Glatze, who as a young man edited Young Gay America magazine, before in later life renouncing homosexuality and marrying a woman.
Franco starred in the lead role, and Star Trek actor Zachary Quinto, who came out as gay in 2011, also signed on to the film to play Glatze’s ex-boyfriend, while Emma Roberts will star as his female ‘love’ interest. The independent film is directed and co-written by Justin Kelly and produced by Gus Van Sant.
He recently released a photo of himself and Quinto kissing, and previously it was announced that James Franco, Zachary Quinto and Charlie Carver will appear in a threesome scene the film. 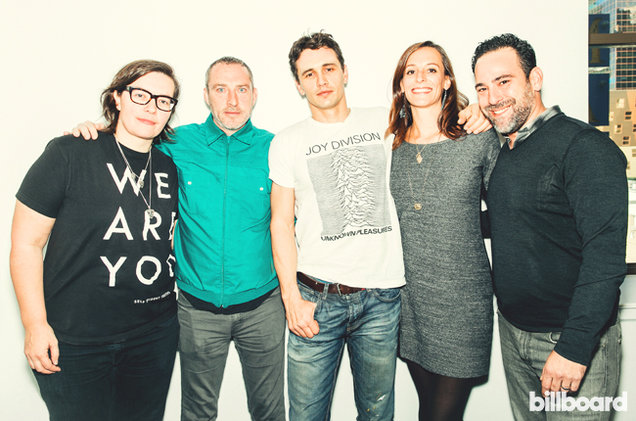 share
James Franco to executive-produce Lifetime’s Mother, May I Sleep With Danger? remake 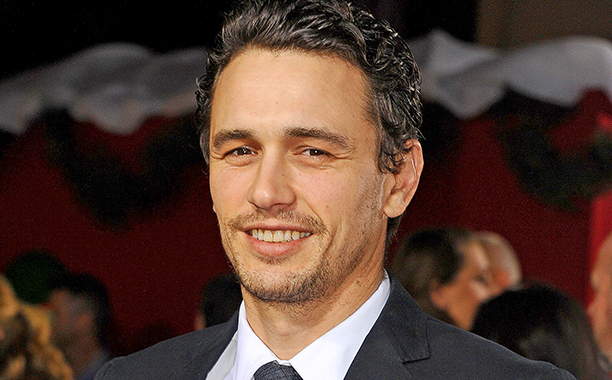 While it may seem like James Franco is already doing it all, he’s added a Lifetime movie to his résumé. The jack of many trades has signed on to executive-produce Lifetime and Sony Pictures Television’s remake of Mother, May I Sleep With Danger?, EW has confirmed. The TV movie will arrive in time for the 20th anniversary of its original 1996 release.

WANT MORE EW? Subscribe now to keep up with the latest in movies, television, and music.

Franco wrote the story for the film with a script by Amber Cooney. He’ll also executive-produce alongside Vince Jolivette (Spring Breakers), Diane Sokolow (The Perfect Husband: The Laci Peterson Story) and Rachel Verno (The Perfect Husband: The Laci Peterson Story. Melanie Aitkenhead, who is working with Franco on the screen adapation of his Actors Anonymous, will direct. The movie originally aired on NBC as part of the network’s Monday Night at the Movies series.

Mother, May I Sleep With Danger is expected to air on Lifetime in 2016.

Ahead of its US release next month, the first trailer has arrived online for writer-director Gabrielle Demeestere’s upcoming drama Yosemite starring James Franco.

It’s the fall of 1985. The intertwining tales of three 5th grade friends, Chris, Joe and Ted, unfold in the suburban paradise of Palo Alto, as the threat of a mountain lion looms over the community.

share
‘11.22.63’ Trailer: James Franco Trespasses on the Past in Hulu’s New Series

Hulu Original series 11.22.63 is a thriller in which high school English teacher Jake Epping (James Franco) travels back in time to prevent the assassination of President John F. Kennedy — but his mission is threatened by Lee Harvey Oswald, falling in love and the past itself, which doesn’t want to be changed. Also starring Chris Cooper, Josh Duhamel, T.R. Knight, Cherry Jones, Sarah Gadon, Lucy Fry, George MacKay and Daniel Webber.

So says a promising user review of James Franco’s new app Rando Franco. True to his jack-of-all-trades, Renaissance Man form, Franco has joined the celebrity apps party and would like you all to join in on his fun – for free.

The recently-launched Rando Franco promises users a “weird” and “random” experience where you can see never-before-seen videos made by Franco, with the catch being they disappear in 24 hours. The Interview actor tells PEOPLE he wants to share his creative vault with people so it doesn’t go to waste.

“Over the years I have worked on so many projects, big ones, small ones, videos, films with my students, art, film, fashion, I want people to be able to have a glimpse of these so they’re not just sitting in storage,” he says.

Developed by Franco (he drew its wallpaper), his production company Rabbit Bandini Productions and Maker Studios the app which. according to its official description includes “shenanigans from his social media feed,” has received rave reviews from users thus far, most of which appear to be Franco fans excited to see more of/from their favorite artist.

“Nice idea,” adds Cary Zincke. “Think this could be a nice way to create exclusive content for fans but vids are too short to understand what’s going on and would like to comment on them.”

Lori Hackney writes in her Google Play review that Rando Franco is her favorite celeb app. “Kim K. has had her app for awhile but she’s a joke,” says Hackney. “It’s cool that a respected and actual talented person is doing this now.”

Last moth James was at the The Night Before Premiere, I have add over 70+ photos from the premier to the gallery