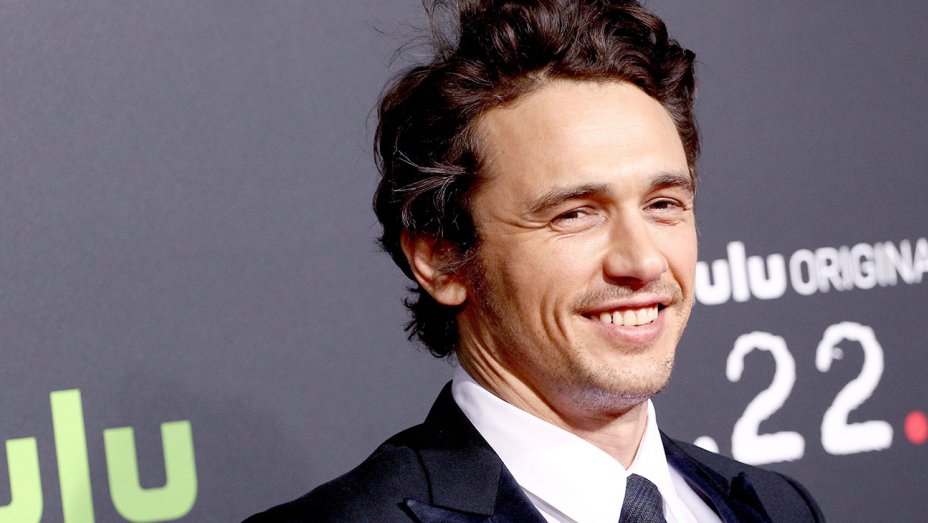 ames Franco will be honored with a career tribute at the Deauville festival where his second directorial effort In Dubious Battle will be screened.

His John Steinbeck adaptation will premiere just days before in Venice on Aug. 31. Franco joins Michael Moore in being honored by the French festival with a career tribute and a screening.

“Although James Franco achieved world fame as an actor by playing Harry Osborn in Sam Raimi’s Spider-Man trilogy, he has never stopped exploring new horizons. More than an actor or a director, James Franco is now an accomplished and a complete artist,” said festival organizers in a statement.

As previously announced, the president of the Deauville jury will be former minister of culture Frederic Mitterand, who also is a TV and film producer and director. The festival’s lineup is expected to be announced Aug. 23.
The Deauville Film Festival runs from Sept. 2 – 11. 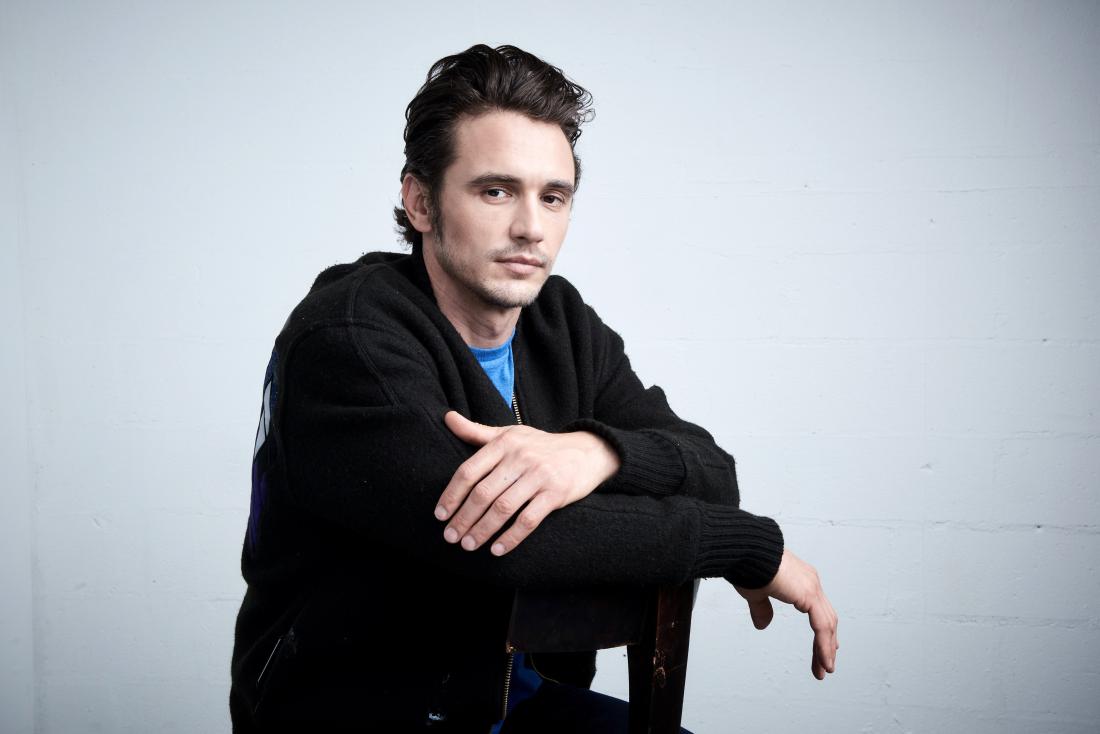 James Franco is one of those rare actors who seems capable of taking on just about any new challenge a film presents him – but, if this new rumour is to be believed, he may be set to take on his most formidable challenge yet.

On this week’s edition of Meet The Movie Press, the typically well-informed journalist Jeff Snieder reports that Franco may be in the running for the lead in ‘The Predator,’ director Shane Black’s upcoming revival of the sci-fi action franchise.

He says Franco “may not be Shane Black’s top choice,” but hugely powerful casting agency CAA are pushing for their client to be cast in the role.

While Snieder stresses this should be treated purely as a rumour right now, he states, “[Franco] is very high on a list. That’s all I know at this point.”

And Snieder emphasises it may not just be the agency, but also the studio with a vested interest in the actor: “James Franco starred in ‘[Rise of the] Planet of the Apes’ for Fox; he also stars in Fox’s big Christmas comedy, ‘Why Him?’ … so Fox seems to like the James Franco brand.

“It could be interesting. I think Shane Black wants to do someone a little bit different.”

Snieder also mentions that Ben Affleck, Christian Bale and Tom Hardy were on Shane Black’s wishlist for the role earlier on – and, alas, he doesn’t seem to think that Dwayne Johnson is in the running for the film, as had been rumoured.

Followers of the ‘Predator’ series will recall that the last film in the series, 2010’s ‘Predators,’ cast someone “a little bit different” in the lead: Adrien Brody. While there wasn’t necessarily anything wrong with the Oscar-winning ‘The Pianist’ actor’s performance in the Nimrod Antall-directed reboot, it didn’t reignite the franchise the way Fox had hoped.

Of course, it’s almost impossible to judge Franco’s suitability for the lead in ‘The Predator’ as we know nothing about the role, other than that in the current draft of the script (from Black and Fred Dekker) his name is Quinn McKenna.

If McKenna’s meant to be an uber-tough military man in the same vein as Dutch, Arnold Schwarzenegger’s hero from the 1987 original, then Franco is far from the obvious choice; but who’s to say what the character might be like at this point?

‘The Predator’ is scheduled to hit cinemas in February 2018. 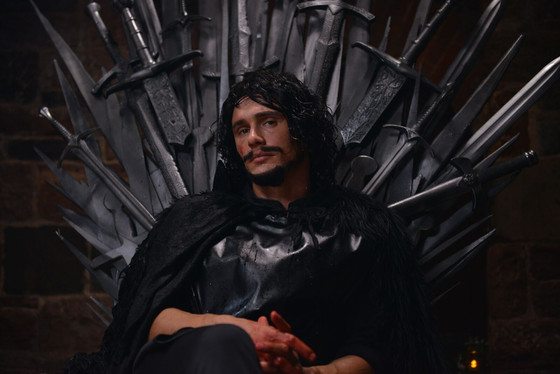 The 2016 Emmy Award nominees were announced Thursday morning and with it brought some exciting surprises for digital powerhouse, AOL.

AOL scored two nominations in the Outstanding Short Form Variety Series category with their shows, “Making a Scene With James Franco” and “Park Bench with Steve Buscemi.” The veteran company’s two nominations within the category make them a strong contender against fellow nominees “Epic Rap Battles of History” from YouTube, Gay of Thrones from FunnyorDie.com and Honest Trailers from YouTube.

“We’re absolutely thrilled to be nominated for two of our original series and our thanks go out to James, Steve, and all the teams involved.” said Nate Hayden, VP of AOL Studios and Original Content. “It is an honor to be acknowledged by the Academy for these two examples of creative storytelling from passionate creators, something we hope to continue to deliver to viewers. ”

Both series offer something different for viewers. Franco’s “Making a Scene” brings his love of movies and television to the digital realm as he remakes famous scenes from television series during season 2. It’s equal parts whimsical and fun as Franco and his team re-imagine scenes and characters with a funny twist.

Buscemi’s “Park Bench” plays on a different love — the love of New York City. The series, which was previously nominated for an Emmy and is in its second season, is an unscripted journey through New York City’s quirks and personalities as told through Buscemi’s unique perspective as a local New Yorker. The show is filmed on a park bench in New York and Buscemi brings together both his celeb pals and local New Yorkers for fun conversations.

share
James Franco to be honoured at Outfest Awards 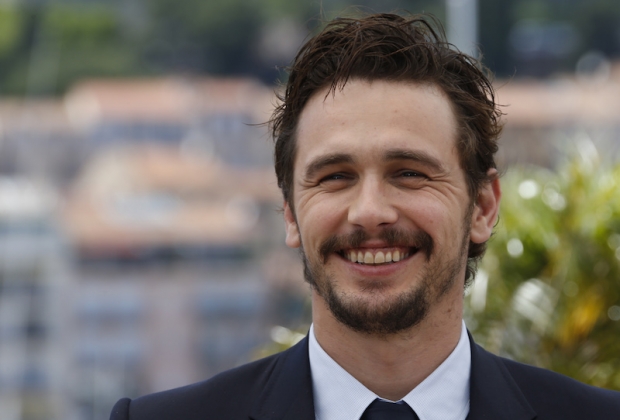 Franco is to receive the first ever James Schamus Ally Award, created to recognise an individual’s efforts in bringing LGBTQ stories to the forefront, which will be presented to him by director Gus Van Sant on July 16.

Commenting on the honour of receiving the inaugural James Schamus Ally Award Franco said, “I am thrilled to have my name linked with such a Hollywood legend and someone who shepherded all kinds of stories. Nothing was beyond the pale for Schamus — he saw value and entertainment in it all. His work on Wedding Banquet to Brokeback Mountain to Milk changed the landscape for queer cinema and I only hope to make such an impression.” — AFP-Relaxnews

Hazing is gross. Hazing is stupid. Hazing is something stunted man-children do when they’re not busy cultivating their woefully misguided world views. Thankfully, a mainstream movie is finally going to tackle the frat problem with some help from stars Nick Jonas and James Franco.

GOAT, written by Pineapple Express director David Gordon Green and helmed by Andrew Neel, centers upon two brothers (Nick Jonas and Ben Schnetzer) who both pledge the same fraternity. Based on the memoir of the same name by Brad Land, the film explores the impact of hazing through the eyes of an assault victim and its impact on family, friends, and beyond.

Franco, who co-produced the film under his own Rabbit Bandini Productions banner, also stars. The film has garnered widespread acclaim since screening at this year’s Sundance Film Festival. In a 2005 talk with Random House surrounding the memoir’s release, Land (portrayed by Schnetzer in the film) said his intent was to shine a light on the very real issue of violence in general, not solely in fraternity circles.

“GOAT is a story, first and foremost, one I tried to tell in a true and different way,” Land said. “I never set out to write a polemic, but I do hope people might read it and think a little more about the ways we hurt each other. Violence, in any form, is something each of us deals with—sanctioned, random, public, personal—they’re all expressions of the same base thing.”