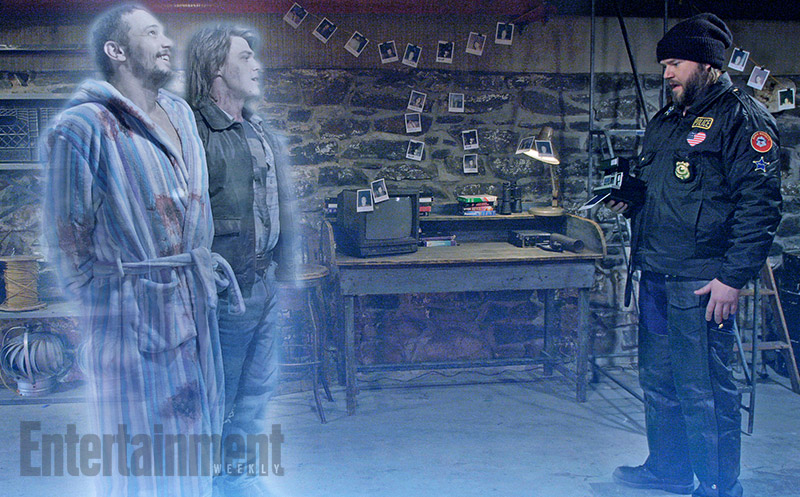 Almost one year after Hulu renewed the supernatural/stoner comedy, Deadbeat season 2 will hit the streaming service on April 20.

The show follows Kevin Pacalioglu (Tyler Labine) as a medium who solves dead people’s lingering worldly problems so they can rest in peace. Kevin gets some help from his best friend and drug dealer, Roofie, and this season, funnymen like Danny DeVito, James Franco, Fred Armisen, Gilbert Gottfried, and Jim Norton will guest star on the series.

In this exclusive first look at Franco’s appearance, the actor/director/producer joins the show as robe-clad ghost Johnny Penis, an infamous flasher.

Deadbeat was created by Brett Konner and Cody Heller, and Dan Lagana serves as the series’ showrunner. Hulu Plus subscribers can stream all 13 episodes of the show’s second season on Monday