James Franco Network
Your # 1 Source for James Franco
[Gallery Update] Why Him? Caps

I have add screening caps of Why Him? to the gallery 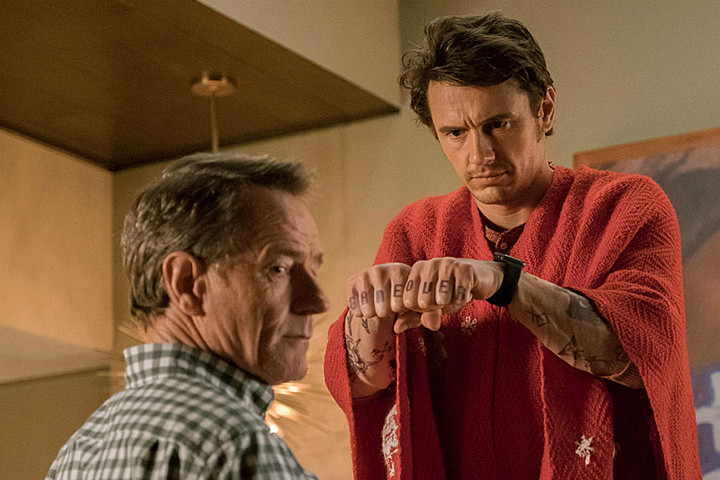 share
Watch Bryan Cranston Scheme Against James Franco in the Why Him? Trailer

Bryan Cranston is the protective dad in Why Him? while James Franco plays the loaded Internet tycoon who’s dead set on marrying the wrong guy’s daughter, and Cranston’s not having any of it.

The new trailer shows James Franco out-James Franco-ing himself with a nightmare of a character. This dude has all the modesty of Franco’s role in The Interview plus zero filter when it comes to sharing intimate hot tub stories with his girlfriend’s family. Not even a back tattoo of the fam or a custom bowling alley for the father can win over a dad who really wants to bring the boyfriend down.

If nothing else, watch for the fake vintage L.L. Bean-style dad photos of Bryan Cranston.

share
Bryan Cranston to Star Alongside James Franco in Comedy ‘Why Him?’ 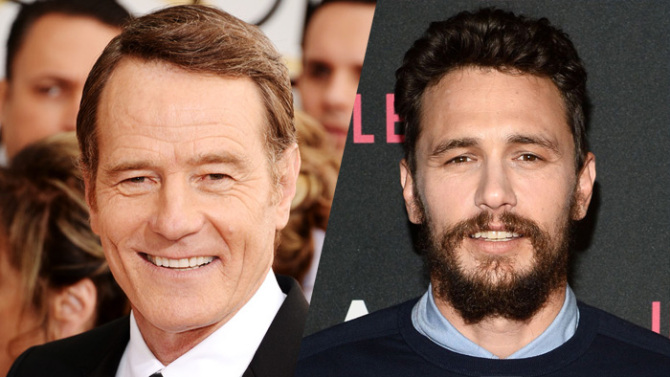 Bryan Cranston will join James Franco in the 21 Laps and 20th Century Fox comedy “Why Him?”

John Hamburg is onboard to direct, and will co-write the script with Ian Helfer. Shawn Levy is producing under his 21 Laps banner, with Ben Stiller also attached to produce through his Red Hour Films shingle. Dan Levine, 21 Laps president, is overseeing the project along with Fox’s Jeremy Kramer.

The comedy is set over the holidays, when a Midwestern dad travels with his family to visit his daughter at college, and soon finds himself in a battle for her affections with her brash new tech billionaire boyfriend.

Franco and Cranston are already building chemistry on Franco’s next directing gig “In Dubious Battle,” in which the two co-star.

Cranston’s “Trumbo” hits theaters on Nov. 6 following its September premiere at the Toronto Film Festival. He is also lending his voice to DreamWorks Animation’s “Kung Fu Panda 3.” He is repped by UTA.

James Franco has become one of our most prolific actors/directors/writers/artists/deli meat purveyors (probably)—he is, in the parlance of the Full House theme song, everywhere you look. Not only is he starring in Hulu’s upcoming Stephen King miniseries 11/22/63, but he’ll also appear in the new comedy Why Him? from co-writer Nicholas Stoller and the director of I Love You, Man.

The Wrap reports that Franco is in negotiations to star in Why Him?, which centers on a father who decides to take his family on a trip to Stanford to visit his eldest daughter in college. That’s when he meets her new boyfriend, an internet billionaire, and the two become competitive over the young woman’s interests. Franco would play the internet billionaire because of course he would.

Why Him? was co-written by Ian Helfer and Nicholas Stoller, the latter of whom is best known for his screenplays for Get Him to the Greek and the recent Muppet movies. Director John Hamburg helmed I Love You, Man, a somewhat overlooked but incredibly hilarious film. He also directed the Ben Stiller–Jennifer Aniston comedy Along Came Polly (another underrated gem), as well as episodes of The New Girl and Stella.

Franco recently starred in the needlessly controversial film The Interview with Seth Rogen, and has several projects hitting theaters this year, including Sundance premieres I Am Michael and True Story, and the upcoming Werner Herzog film Queen of the Desert, opposite Nicole Kidman.