Lucy Liu and Snoop Dogg will be joining Franco and Milla Jovovich in the post-apocalyptic indie thriller, along with fellow newcomers Method Man and Suki Waterhouse. Margarita Levieva and Jeffrey Wahlberg also have been added to the cast.

The pic is based on an original short story by Franco, and follows young Prince from the Oasis and a robot as they go on a daring journey of self-discovery through the violent and desolate world of the Wastelands.

This is Franco’s second collaboration with AMBI, the first being the multihyphenate’s adaptation of the classic John Steinbeck novel In Dubious Battle.

Milla Jovovich is joining the cast of James Franco’s new indie film Future World, playing a drug lord in a post-apocalyptic world that is plagued with heat, ravaged by disease and crippled by chronic war. Franco and Bruce Thierry Cheung are directing and Franco is also acting in the film, the story of which he created.

The project, written by Cheung, Jay Davis and Jeremy Cheung, follows a young boy of noble birth who embarks on a journey through the wasteland of this future world in order to find medicine for his dying mother. Armed with his faithful bodyguard and only a slim hope that this medicine actually exists, he must forge courageously on, facing danger and ultimately the Warlord of this world who has plans of his own as he takes control of a beautiful, life-like robot assassin.Singer-actor George Lewis Jr, known as Twin Shadow, has also been cast in the role of Ratcatcher.

How’s this for a powerhouse combination: Russell Crowe is in talks to star in a James Franco-directed adaptation of Cormac McCarthy’s Blood Meridian with Tye Sheridan and Vincent D’Onofrio also boarding the cast. Franco will also act in the film, which is being produced by Scott Rudin. IM Global is handling international sales at Cannes. CAA is repping domestic rights.

Crowe and McCarthy seem about as perfect a fit as cheese and chutney. This long-in-the-works adaptation has been around for some time and finally looks like it might be moving forward. McCarthy’s critically-praised book is based on historical events that took place on the Texas-Mexico border in the 1850s and traces the journey of the Kid, a 14 year old Tennesseean who stumbles into a nightmarish world when he joins a ruthless gang of scalphunters that includes the mysterious and menacing Judge Holden.

UPDATE, Thursday, 1:57 AM: The mooted Russell Crowe-James Franco collaboration on Cormac McCarthy’s Blood Meridian has been shelved, mere moments after details of it first became public after it emerged that the filmmakers had not yet secured rights to the novel. 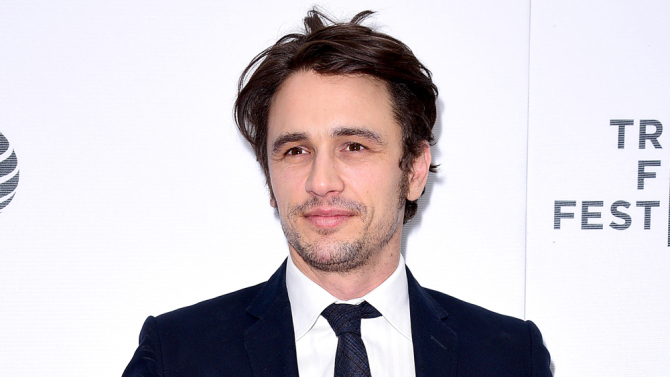